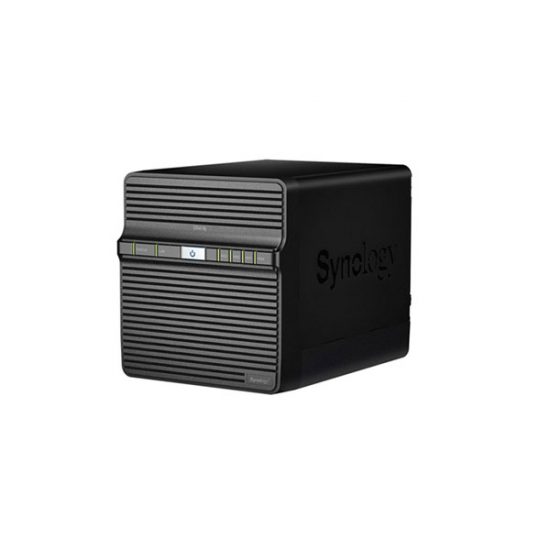 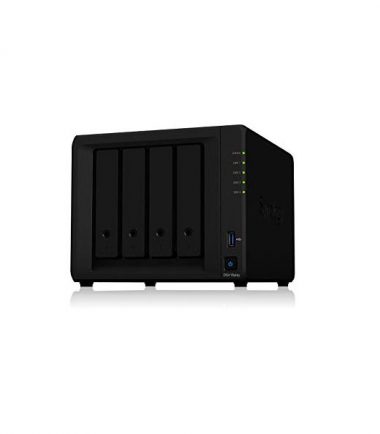 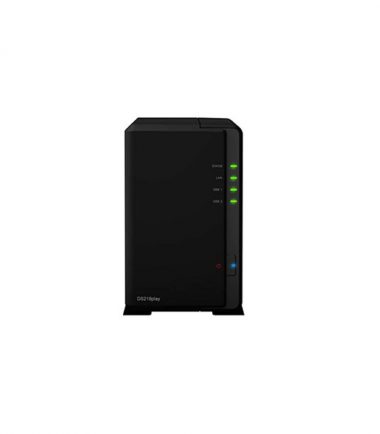 Designed for home and personal users, the DiskStation DS418j 4-Bay NAS Enclosure from Synology allows users to effectively manage, protect, and share data. It comes equipped with four drive bays that can support both 3.5″ and 2.5″ SATA III (6 Gb/s) and SATA II (3 Gb/s) hard drives and solid-state drives. Using its four drive bays and hardware encryption, this NAS will allow you to store and share a large number of files, including videos, music, photos, and documents with up to 1024 users.

The DS418j runs on Synology DiskStation Manager (DSM) OS, which is a browser-based operating system which helps to simplify managing your Synology NAS. Its CPU is a 1.4 GHz Realtek RTD1293 Dual-Core that runs in 64-bit mode and its 1GB of DDR4 RAM allows frequently-used files and applications to be quickly accessed. The NAS can achieve encrypted read speeds of over 112 MB/s, encrypted write speeds of over 87 MB/s, and features two USB 3.0 Type-A ports, both of which allow it to be connected to your Windows, Mac, or Linux system. Internet connectivity is achieved via the included Gigabit Ethernet port, allowing your stored data to be shared with users throughout the network, including mobile devices, via QuickConnect.

Using the integrated media server on the DS418j, you can stream digital multimedia content from the DiskStation to media devices for local or remote playback. You may also stream movies and music to computers, mobile devices, Samsung TVs, Roku players, Apple TVs, Google Chromecasts, and DLNA devices to enjoy your favorite movies or shows stored on the DiskStation.

The DS418j also serves as a centralized backup target for all the computers in your home, whether it’s a Windows, Mac, or other device. Synology’s multi-version backup solution can help protect your PC and NAS against malicious attacks, including encryption-based ransomware threats. The DS418j supports a variety of RAID modes, including RAID 0, 1, 5, 6, 10, Basic, and Synology Hybrid, each of which provides performance, data redundancy, or a combination of both. For those who do not require RAID support, JBOD is also supported.

The DS418j is engineered to be energy efficient. Not only does it offer dual 80mm fans to help keep the system running cool at all times, its noise dampening design of 20.6 dBA makes for quiet operation. The server supports numerous scheduled power on / off cycles and hard drive hibernation to further minimize power consumption and operation expenses.

The Synology DiskStation DS418j 4-Bay NAS Enclosure operates on 100-240 VAC at 50/60 Hz and includes an accessory pack, an AC power adapter, an AC power cord, and an Ethernet cable.