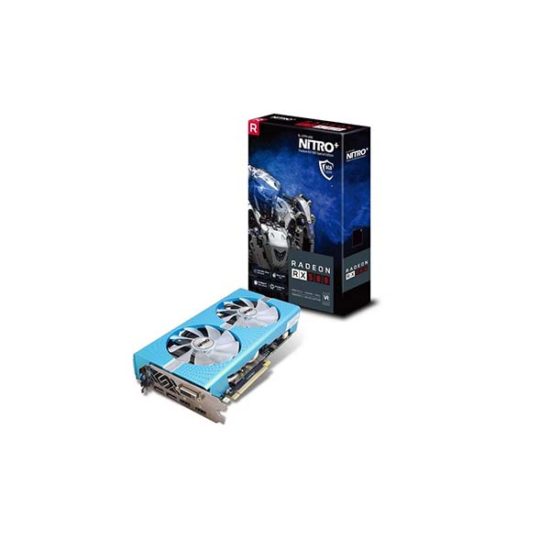 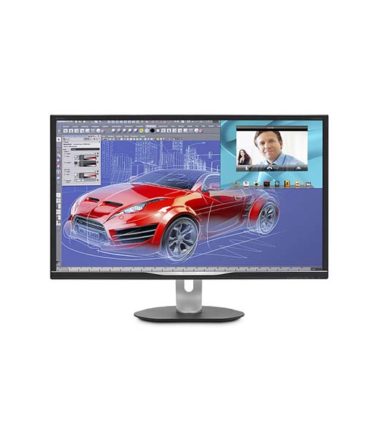 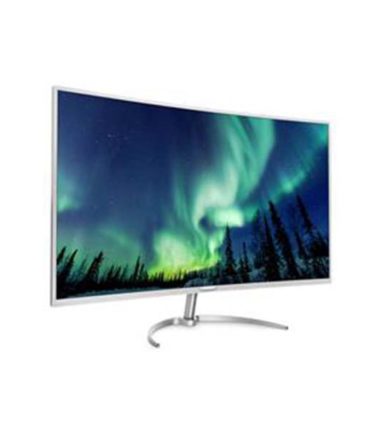 Specifications provided here are for guidance only. Please check with your regional distributor or dealer for latest specifications.

Colors of PCB or other components may differ from those illustrated.

SAPPHIRE reserves the right to update or revise specifications without prior notice.

All trademarks and logos are acknowledged as the property of their respective holders.

With NITRO+ models, SAPPHIRE has upped the stakes with its new Fan Check, which allows users to check the cooler’s status via SAPPHIRE TriXX 3.0 software, and contact customer support in case of problems.

SAPPHIRE’s Quick Connect System provides a quick and easy solution. If there’s a fan issue detected, the user doesn’t need to return the entire card – SAPPHIRE’s partners will send out a replacement fan directly to the customer or the retailer. Please contact your place of purchase to request a fan replacement. SAPPHIRE’s channel partner will arrange the ideal solution for you to receive your replacement fan.

We looked at the traditional axial fan design system, and found that the way it circulates the hot air back to the fan inlet resulted in a higher temperature over time. With NITRO Free Flow (NFF) we redesigned the airflow of the entire cooler and board, so that the hot air is expelled through the system fan instead, rapidly dissipating heat.

The new NITRO Boost switch increases the boost clock and power limit for higher performance to unleash the gaming performance of the card.

Planning to overclock or looking for maximum performance? SAPPHRE NITRO cards come with an 8 pin power connector to plug in and enable Nitro Boost.

These feature dual ball bearing fans, which have an 85% longer lifespan than sleeve bearings in our tests.

The SAPPHIRE NITRO Gaming Series cards come with Dual HDMI ports, specifically designed to work with VR. By having two HDMI ports, you can have both an HD monitor and cutting-edge VR headset running at the same time.

The ports are HDMI 2.0b, the latest update, with an 18Gbps bandwidth, up to 32 audio channels, and is able to support 4K 50/60 resolutions like 2160P, whilst remaining entirely backwards compatible with older HDMI specifications.

DirectX® 12 is a new, “console-like” graphics API from Microsoft® that empowers game developers with more direct and obvious control of PC hardware. This direct or “explicit” control better exposes the hardware resources of AMD Radeon™ GPUs to yield higher hardware throughput and, ultimately, more performance for users. To put it simply: much more efficient hardware through smarter software! At the discretion of a game developer, this superior efficiency can be spent on higher framerates, lower latency (VR), lower power consumption, better image quality, or some calculated balance of all four. In any scenario, gamers stand to benefit greatly from choosing AMD hardware to run their favorite DirectX® 12 game.

No stuttering. No tearing. Just gaming.

Synchronizes the refresh rate of a compatible monitor to the frame rate of your content, however much it varies

Monitor partners are validating with drivers from AMD now

Plug in and game on with AMD XConnect technology.

Now it’s easier than ever to connect and use an external Radeon™ graphics card. With AMD XConnect™ technology, external GPU enclosures configured with Radeon™ Graphics can easily connect and disconnect to a compatible ultrathin notebook or 2-in 1 over Thunderbolt™ 3 at any time, just like a USB flash drive—a first for external GPUs!

Take your PC games to the next level of reality and immersion. Most modern games look great on three screens, and only AMD Radeon™ graphics offer you the ability to play across five screens for an eye-popping gaming experience. Other combinations and configurations with up to six screens work too.1 Create your dream display.

Harness the power of multiple GPUs

LiquidVR™ is an AMD initiative dedicated to making VR as comfortable and realistic as possible by creating and maintaining what’s known as “presence” — a state of immersive awareness where situations, objects, or characters within the virtual world seem “real.”  Guided by close collaboration with key technology partners in the ecosystem, LiquidVR™ uses AMD’s GPU software and hardware sub-systems to tackle the common issues and pitfalls of achieving presence, such as reducing motion-to-photon latency to less than 10 milliseconds. This is a crucial step in addressing the common discomforts, such as motion sickness, that may occur when you turn your head in a virtual world and it takes even a few milliseconds too long for a new perspective to be shown.

High Dynamic Range (HDR) is a state-of-the-art technology for gamers and cinephiles that care deeply about the display quality of their TV or monitor. Modeled after the acuity of human vision, HDR vastly expands the range of colors and contrast ratios that can be shown by compatible displays. HDR-ready games and movies played on an HDR display appear strikingly sharp, colorful, and vivid, with enhanced contrast and sophisticated nuance compared to even the most stunning SDR content.

In order to protect your card, the SAPPHIRE NITRO+ series cards have fuse protection built into the circuit of the external PCI-E power connector to keep the components safe.

Standard industry fans may have up to 10% difference between their fan rotation cycles (RPM). With the new Fan IC Control on SAPPHIRE NITRO + graphics cards, this differential is reduced to 3%. This 70% improvement on accuracy ensures that cooling and noise performance of every NITRO + card is up to scratch.

The graphics card is more than another component; it’s the beating heart of your gaming system. It should look as good as it costs. With tasteful shroud design augmented by RGB LEDs, each card is practically a piece of art. You can even change the colours of the LED, for your own customized design. This can be controlled via software using the latest version of SAPPHIRE’s Award Winning Overclocking Utility – TriXX 3.0. Users can choose from a set of five different modes including Fan Speed Mode, PCB Temperature Mode or the colourful rainbow mode. If you prefer, LEDs can also be turned off.

Our Black Diamond Chokes are 10% cooler and 25% more power efficient than a normal choke – and these Mark 4 Chokes reduce the coil temperatures by other 15% over the Mark 3s.